When the election season was upon us this school year, I wanted to do something special with my students.  In the past, I have had students write speeches and read them to the class. They have voted for a Class President and the runner up was Vice President.  This year, I took it a step further.  My students first wrote speeches for presidential elections, sharing everything they wanted to do to make the country a better place.  And yes, they were all written in seven year old writing.  I let them feel free to express the changes that mattered to them.  The next step involved my students creating a Voki avatar character of themselves during the 2040 Presidential Election, which was the first election all of my students would be eligible to be president. Each of my students created their avatar and typed in their speech.  We discussed what clothing they might wear, what background they would have and other important ideas.  On election day, we watched each of the Voki characters after the students introduced themselves.  We then ran the election with a voting process, a voting booth, and a ballot.  Each child had the opportunity to vote for who they thought should be president, vice president, and had to share three reasons why they voted for this person.  They could not vote for themselves, and could not state a reason such as: "I liked it because they are my friend."  With these stipulations, my students really voted for people who wrote powerful speeches and would make a great president.  I took the top person voted as President, the 2nd as Vice President, the 3rd & 4th as Senators and the rest of the students were the House of Representatives.  This shared a little of our government and offices with the students, and they were all able to receive an award.  It was a very special occasion for my students, and it should help them remember the election processs for the years to come!  I then displayed the student's work in an interactive display outside of the classroom.

Our Class Bulletin Board Display 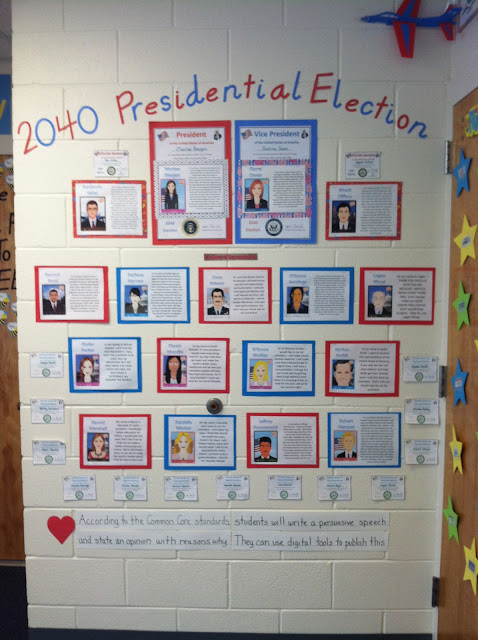 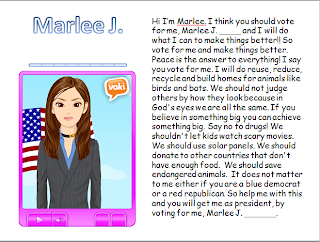 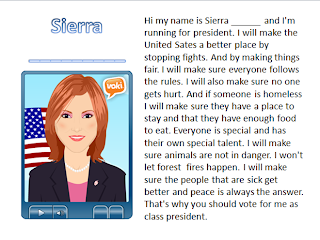 Posted by suziesosa at 9:16 PM

In my classroom I believe that each child is a unique individual who needs a secure, caring, and inspiring atmosphere. I believe students learn best in a community of learners where they feel valued and respected. I teach to the needs of each child so that all my students can feel capable and successful. Teaching provides me with an opportunity for continual learning and growth. I hope to inspire my students to be great learners, as I share my passion for learning with them. 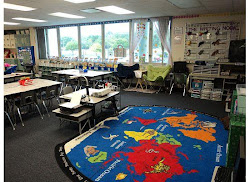 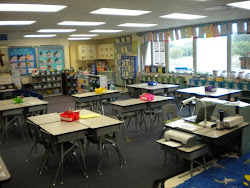 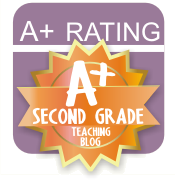